Acacia collagen is an odorless, colorless, and tasteless dried extract from the stem of the acacia tree grown in Africa, the Near East, India, and the southern United States. Widely used for over 4,000 years as a soothing and anti-inflammatory agent and a product thickening agent, Acacia collagen dissolves rapidly in water and is typically included in products recommended for dry, sensitive or delicate skin.

Home / From the press / Dermstore

DERMATOLOGIST ANSWERS: WHAT IS HYDROQUINONE AND IS IT SAFE TO USE?

Published by Dermstore by Jane Chertoff 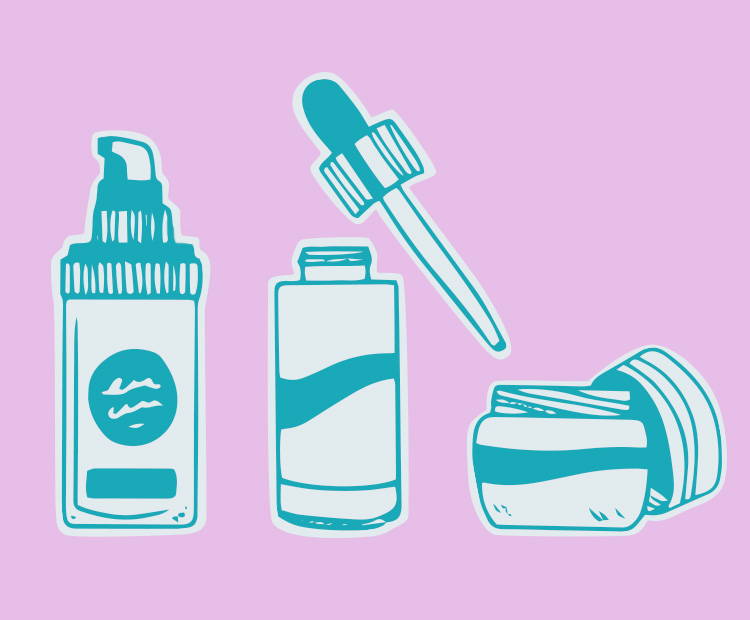 In the quest to lighten those dreaded dark spots on your face from hyperpigmentation, age spots, or freckles, you may have encountered an ingredient called hydroquinone. If you haven’t heard of or tried it before, it’s a synthetic organic compound and skin brightening agent present in many brightening serums and creams that promises to lighten dark patches. While some dermatologists recommend it as an effective way to address hyperpigmentation and even skin tone, it’s not without controversy. In fact, it’s already banned in the E.U., Japan, Australia and high concentrations of it are only available by prescription in the United States and Canada. So is hydroquinone your skin’s friend or foe? Read on.

What is hydroquinone, exactly? “Hydroquinone is a common ingredient used in skin care to lighten the skin or get rid of dark spots or discoloration,” explains Dr. Purvisha Patel, a board-certified dermatologist in Tennessee and founder of Visha Skincare. “As we age, people of all skin types get areas of discoloration either from the sun or as the form of skin darkening from scaring. Hydroquinone can be used in strong percentages that are prescription and in lower percentages over the counter to lighten age spots, sun spots and scarring,” she adds.

Simply put, hydroquinone works by blockading a key enzyme along the melanin (pigment) producing pathway in the body, adds Dr. Craig Kraffert, a board-certified dermatologist in Redding, California and President of Amarte Skincare. “It is one of the most (if not the most) effective skin brightening agents available,” he says. “Studies have shown that combining hydroquinone with retinoids and corticosteroids results in brightening that exceeds any one ingredient alone,” Kraffert notes.

Although hydroquinone seems like a miracle solution to get rid of dark spots once and for all, dermatologists don’t all agree about its safety or efficacy. “Hydroquinone is not universally considered safe,” warns Kraffert. “It’s a frequent skin irritant and is associated with altered immune function and increased incidence of certain malignancies (cancers) in animals,” he adds. Patel notes that cancer risk was enough to lead to a ban in some countries. “This ingredient is banned in the E.U. because of the potential carcinogenic effects,” she explains. “There’s also a phenomenon called ochronosis, or increased pigmentation/darkening of the skin that is caused by hydroquinone in high concentrations and with long-term use,” Patel adds.

In the United States, hydroquinone is still available over the counter. But take note: “The FDA has expressed ongoing concerns regarding the potential mutagenic and carcinogenic potential of this chemical,” says Kraffert. “While the ingredient is generally considered safe and effective, there are more long-term safety concerns with this ingredient than most skin care actives,” he explains.

Proper Use and Safety

In the United States, you can find hydroquinone in products over the counter in two percent (low concentration) formulas and your dermatologist can write you a prescription for four percent formulas and higher. (Use of those higher concentrations need to be closely monitored by your doctor, though.) “It is safe to use in two percent and four percent formulations twice a day for 12 weeks max,” says Patel. “The skin then needs a break from the chemical,” she notes. Also, sunscreen with at least SPF 30 is a must every day you’re using it and even after receiving treatment to counter the skin from getting darker again, she warns.

As for starting a hydroquinone regimen, Kraffert says dermatologists have two different approaches: One option is to use mild, lower concentration hydroquinone products along with other products containing brightening ingredients. The other option is going with very high (ex. 8 percent) hydroquinone creams with or without other brightening agents mixed in. “The irritancy potential for these potent products is very high, but they do tend to work more quickly and effectively,” he explains. If you’re interested in using hydroquinone, it’s best to work with your dermatologist who can make a recommendation on what will work best for your skin.

If you’re concerned about the safety factor and looking for an alternative to hydroquinone, Kraffert recommends looking for the ingredient arbutin in skin care products instead. “Arbutin is a naturally occurring cousin to hydroquinone with excellent brightening properties,” he says. “Arbutin has a low irritancy risk and isn’t linked to a higher risk for cancers,” Kraffert notes. Other hydroquinone-free alternatives feature natural skin brighteners, including kojic acid, vitamin C, niacinamide, papaya enzymes, licorice and gigawhite.

[Hydroquinone] is one of the most (if not the most) effective skin brightening agents available.